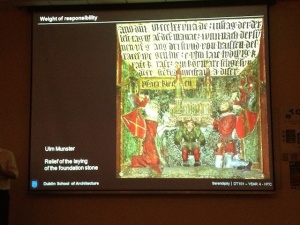 Steven Best’s lecture on work he did in Norma Foster’s office in 1996 (where he was working with Thomas Leslie from Iowa State, the son of my dissertation advisor David Leslie). I enjoyed this slide of the architect carrying the weight of the world on his shoulders. The image has Calvinist underpinnings, Steven Best said.

After a rather weighty lecture at the Dublin School of Architecture–in which my colleague from the States, Tom Leslie, was referenced by name–I bolted over to my yoga class with Joe Saflund at The elbowroom.

On the way home, I decided to “give myself a lift” by stepping into The Cobblestone Pub to enjoy a half-pint and a few songs.  I put in two long workdays in a row and thought I’d blow off some steam.

Once inside, I discovered Tomás is more than a talented bartender… he plays guitar and sings as well.  He’s shown in the photo alongside his uilleann pipe-playing cousin …and, well, any cousin of Tomás is a cousin of mine!

Such a wonderful, small world!

My favorite yoga instructor in Dublin is Joe Saflund, shown here in side angle pose. 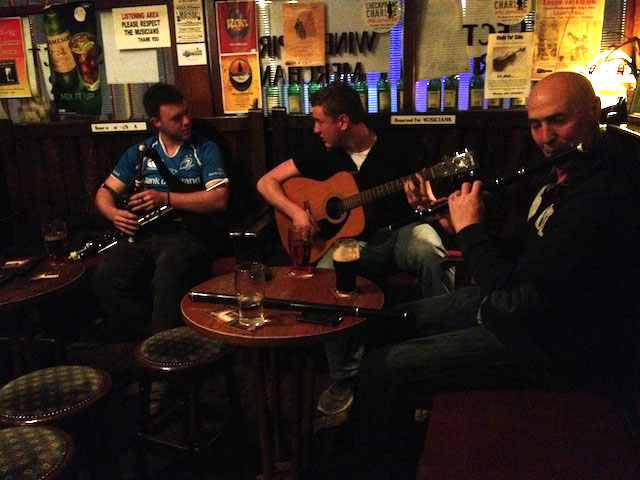 Tomás Mulligan hard at work, making music at The Cobblestone.