Downtown Dublin is beautiful in the evening. Won’t you come on a stroll with me? 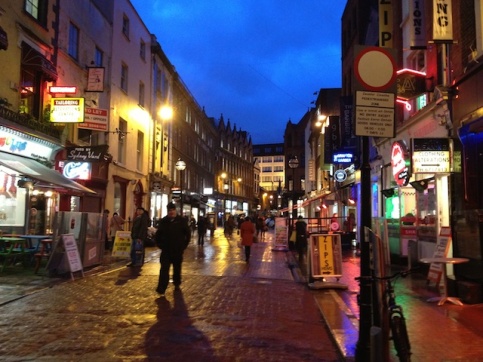 So much activity goes on here. 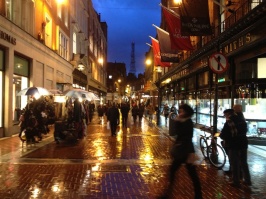 View down Castle Market Street. The place sparkles in the rain.

Across form Trinity College Dublin, the Bank of Ireland building is an architectural gem of the city. The building was designed to house parliament but was sold to the Bank with a covant that it would never be used for politics again. 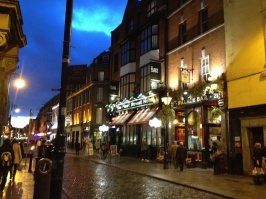 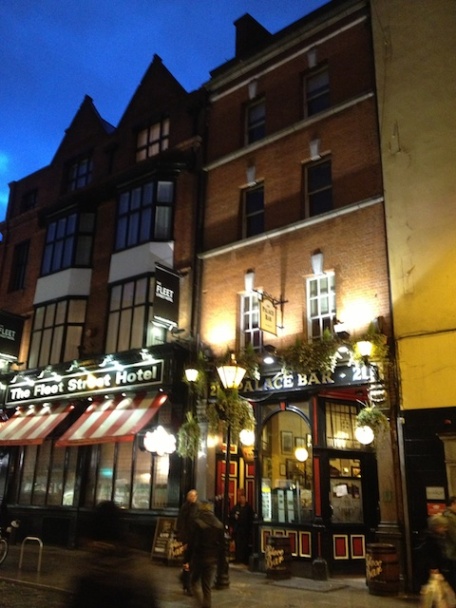 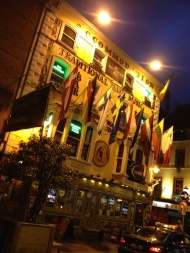 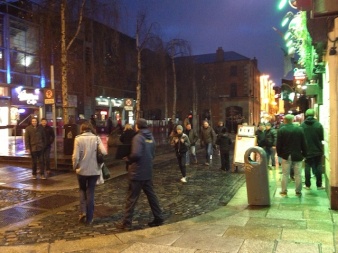 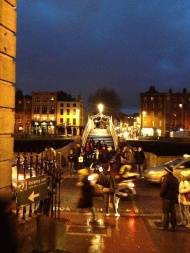 A view across the Ha’Penny Bridge. There used to be a half-penny tax to cross over it. 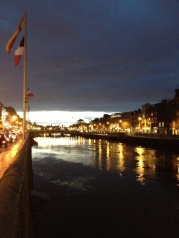 Sunset is gorgeous over the River Liffey. 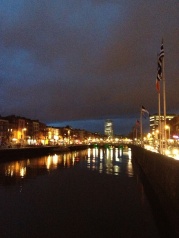 Here’s the view east from the Ha’Penny Bridge at night. 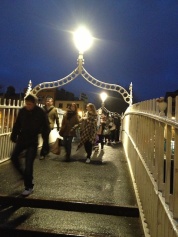 The bridge is a popular tourist site and a major route for pedestrians. 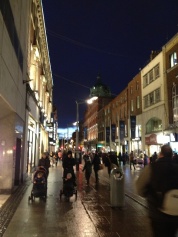 Dublin has so many nice pedestrian streets where the only vehicles allowed are strollers, street vendors, and product deliveries. This one is Henry Street.