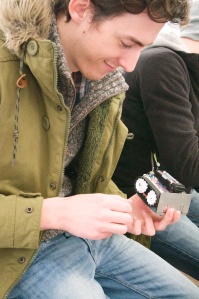 Thomas Snella and his national champion.

At the competition, DIT first year student Thomas Snella (DT066) took the top prize. He will continue on the to European finals. 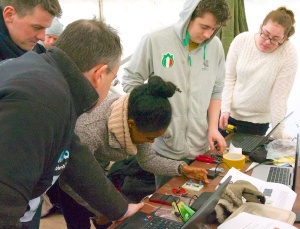 DIT’s Michael O Meara and Alex Herizon (DT021) made the semi-finals of the competition.

DIT students came to the prep day well prepared. Thomas had designed and built his robot in the autumn as part of the common first year program that all 4-year engineering students at DIT now take. Members of second place team built their robot start-to-finish at our prep event, but they, too, had completed the RoboSumo module at DIT (a year prior). 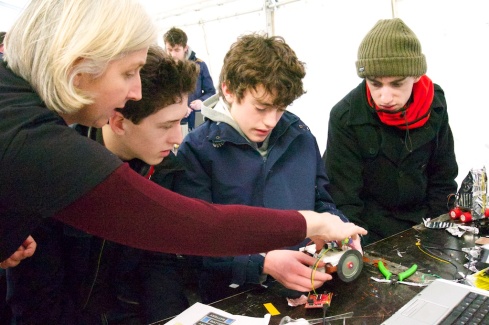 Ruth Coffee and a team of secondary school students. 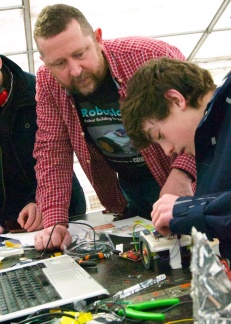 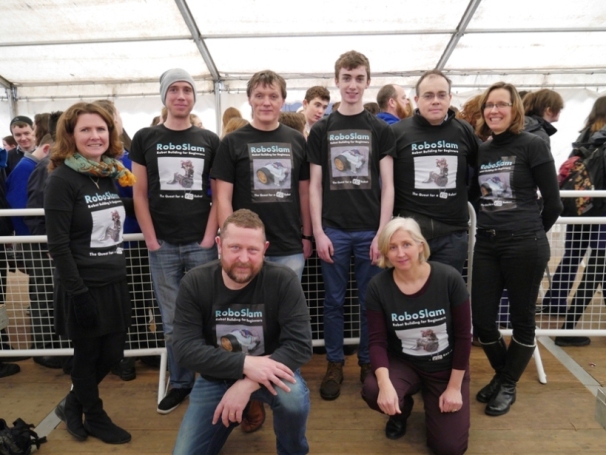 The RoboSlam volunteer team at RDS.

One of the highlights of our prep day was that the secondary school students did such a marvelous job constructing their robots. We hope to see them at RoboSlam events again soon!