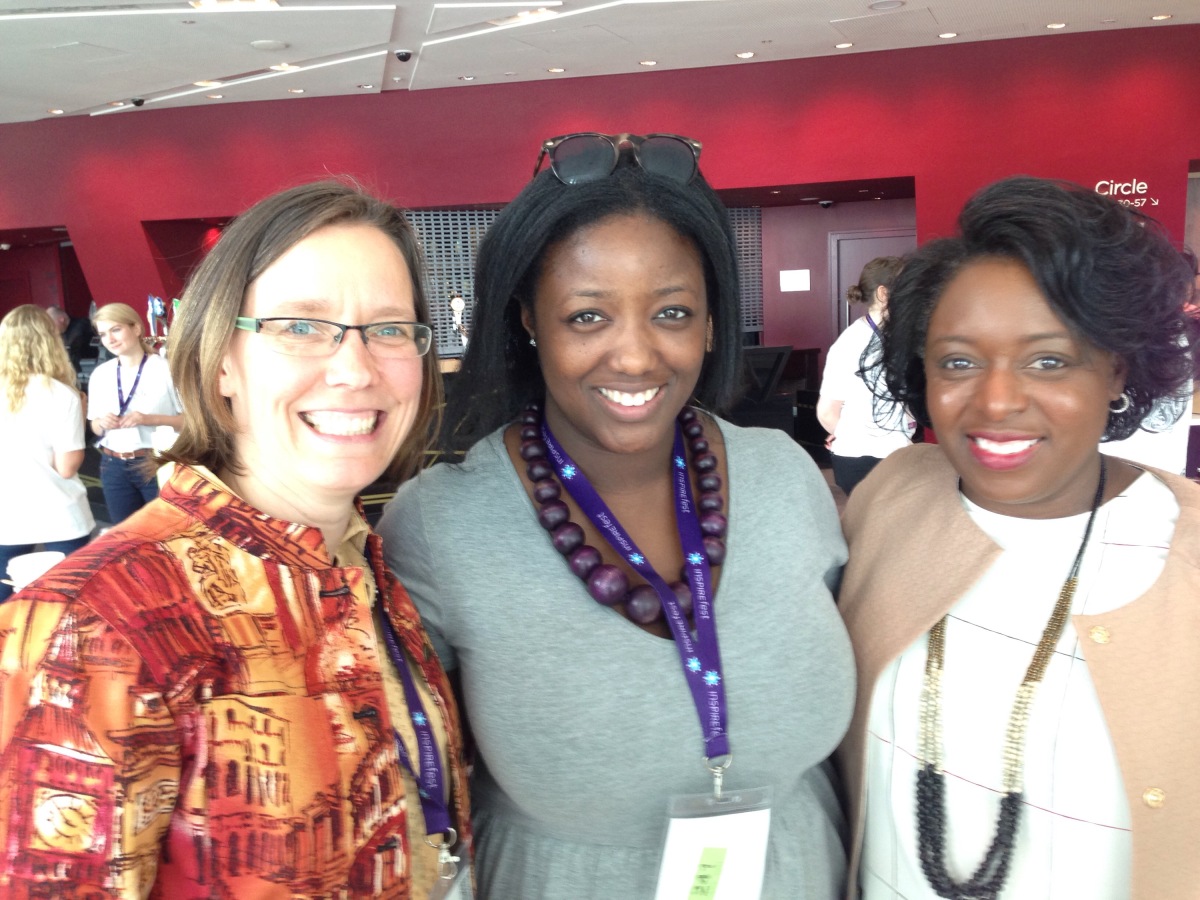 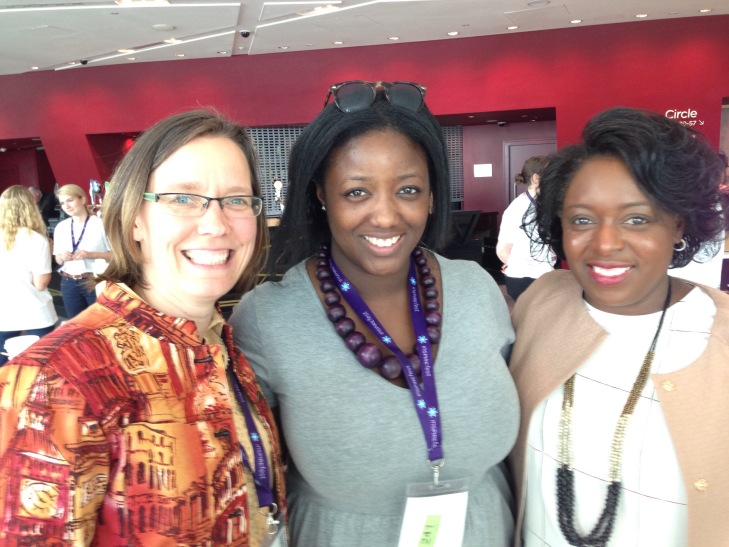 Silicon Republic hosted the first ever Inspirefest last week in Dublin, celebrating women’s achievements in STEM. A world-class line up of speakers of all ages from across Europe and the Americas graced Dublin’s Bord Gais Theater stage for two information-packed days proving many inspirational and eye-opening discoveries for an architect and educational researcher like me. Many thanks to Ann O’Dea for creating Inspirefest for us to enjoy!

Offering lessons from history, Kerry Howard talked about women codebreakers at Bletchley Park, and in the evening we viewed the documentary “Code-Breakers” and had Q&A with its director.

Kathy Kleiman described the women “computers” who helped break the German codes in WWII and developed *the* first programmable computers.

Dr. Nina Ansary presented the new book, The Jewels of Allah: The Untold Story of Women in Iran.

Hamming it up on an evening tour of Merrion Square with Intel VP Margaret Burgdorff.

Margaret Burgraff, a VP for Intel discussed leadership, Bethany Mayer (CEO of Ixia) gave pointers on navigating the “glass maze,” Shelly Porges talked about working with and for Hillary Clinton, and Carolan Lennon shared experience from her work as Managing Director of eircom Wholesale.

At this conference, 30% of the audience — and the speakers — were men. They included panelists like Prof. Brian MacCraith, the president of DCU of whom I’m a fan due to his knowledge about pedagogy.

Then some truly amazing young people joined the stage.

They were on a panel with Anne-Marie Imafidon, founder of STEMettes, who is running a summer program for which I recently recruited participants. I’m thrilled that at least five girls who I connected to the program (from Ireland and Poland) have been accepted for the upcoming Outbox Incubator business development program in London. In all, 118 girls ages 11-22 will participate in this 5 week program.

Can you believe that we heard about all this in just the first 5 hours of the conference?!

During a break I had the chance to meet Anne-Marie, Mary Carty (a major contributor to the Outbox Incubator), and Kimberly Bryant (the founder of the Oakland-based Black Girls Code).

Later in the conference we heard from Dame Jocelyn Bell Burnell, the astrophysicist who discovered pulsars and Susan McKenna Lawlor (of Space Tech Ireland) who developed equipment that is collecting data on a comet that is hurling through space at this very moment. MC Leo Enright and panelists Dr. Lucy Rogers and Ariel Waldman (who once worked for NASA and later founded spacehack.org) rounded out the session on space exploration and science.

Highlights from the second day included:

Suraj Shah with Intel’s “She Will Connect” project

Intel’s Suraj Shah who works in Africa on the “She Will Connect” project.

Louise Kenny founder of the Irish Centre for Fetal and Neonatal Translational Research in Cork.

Panelists Mary Moloney head of Coderdojo, Sheree Atcheson founder of Women Who Code, and Kimberly Bryant of Black Girls Code, who all shared their passion for coding.

We also heard from business founders Elena Rossini and Elian Carsenet (of GapGrader), Laetitia Grail (of MyBlee Math), Ciara Clancy (of Beats Medical), and Niamh Bushnell (who is now the Start-up Commissioner for Dublin).

Inspirefest 2015 lived up to its promise. It sent us back into the world full of new ideas and networks and knowledge! 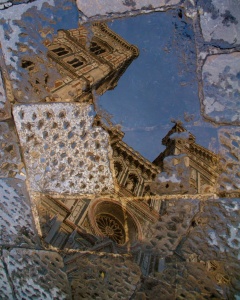 I’ve launched a new website as part of an exhibition of my newest releases from Italy. Seven fine art prints are on display through mid-July at Wolf+Spoon cafe in the center of Dublin.

Please stop by for a meal and view a selection of images from the “Water Gallery” page of ChanceReflections.com