Trinity’s campus glowed orange Friday night to celebrate the diverse and amazing research being conducted today in Dublin. I had been invited by the Irish Universities Association to show off some of the work I’m doing as a Marie Sklodowska-Curie Research Fellow. My base of operations is Dublin Institute of Technology, but this event featured research being conducted all across Ireland.

Everywhere on Trinity’s campus researchers displayed their work, emphasizing aspects that would engage and appeal tot he general public. I prepared a digital presentation on Engineering the Future: Equipping Engineers with Design Thinking that briefly described the three areas where I’m focusing my time as a Marie Curie International Incoming Fellow under the European Commission’s FP7 program:

I decided to featured my DIT colleagues’ research on robotics and our work on how to best teach robotics to kids and to college students. I brought along two of our autonomous robots and let visitors to my booth run their own Sumo matches. About 25 people visited my table. There were all interested in learning about how the robots differed in design and code. One had better “eye sight” (as in, a better quality distance sensor) but the other had better coding. As a result, they were fairly well match for the Sumo competition, but the one with better coding consistently won.

Most visitors to the booth had specific questions about my work, and I was able to discuss details of various research studies and publications because I had my laptop there, and was able to access and display three different Prezi files.

I also got to discover the fascinating research being done by other Marie Sklodowska-Curie Research Fellows in Ireland. I’ve pictured just a few in the photo gallery below. Leaving Trinity’s campus, I discovered many cultural events on as well, such as the concert being hosted in Trinity’s chapel.

I found that I had been in just one tiny little corridor–among dozens of research labs and hundreds of research projects on display–at DiscoverResearchDublin Night 2015. Imagine the power house of research going on here, on this tiny little island in the North Atlantic! 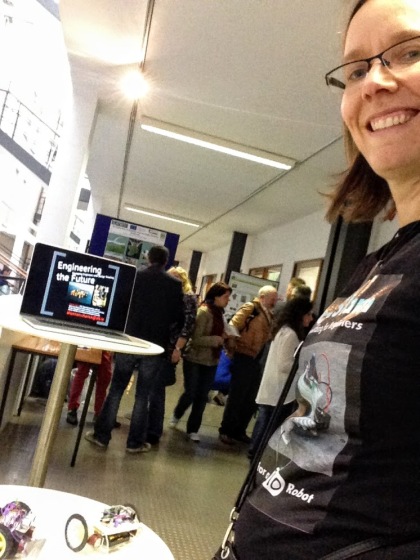 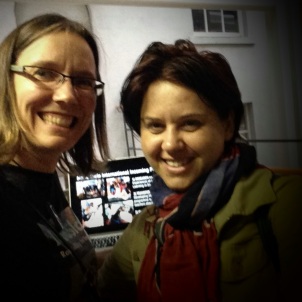