I’m wrapping up my week as “Scholar in Residence” for the University of Oregon’s study abroad program in Rome. It’s been a fun and informative learning experience.

I’m posting images from the studio review we had on Thursday, to give you an idea of what it’s like to be an architecture student or professor.

These students have completed second year of a five-year professional degree program (leading to the Bachelor’s of Architecture degree). They will start third year in the fall.

They’ve done some very nice design work so far in their three-credit architecture studio class in Rome. Their site is an embankment wall, built in the late 1800s to keep the Tiber River from flooding the city as it has done for centuries.

The Tiber was once known for its floods — the Campus Martius is a flood plain and would regularly flood to a depth of 2 metres (6 ft 7 in). The river is now confined between high stone embankments which were begun in 1876. Within the city, the riverbanks are lined by boulevards known as lungoteveri, streets “along the Tiber.” 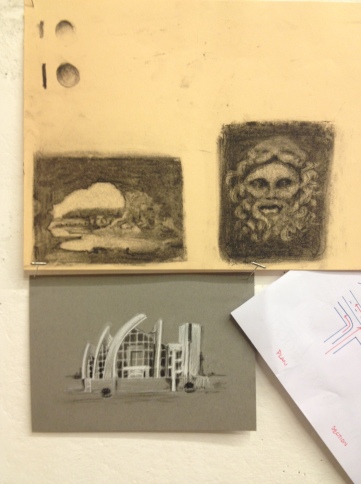 Drawings by a student in Daisy’s class. 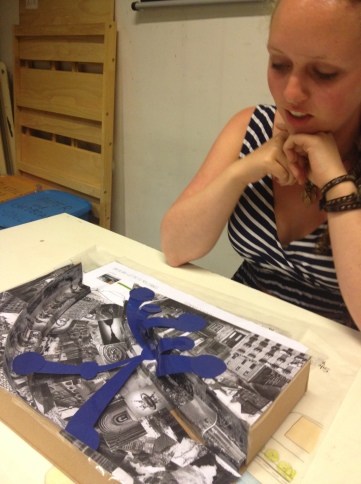 Amanda’s model of the existing site 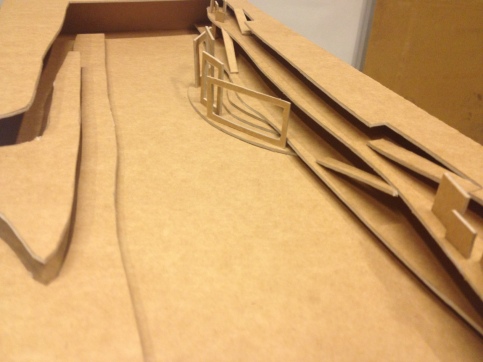 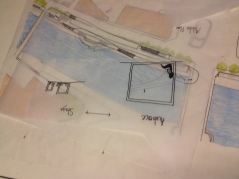 …using the concept of frames. 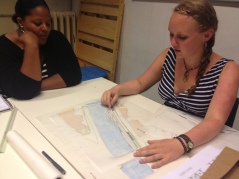 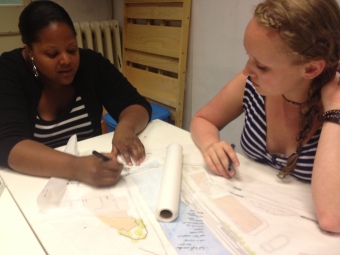 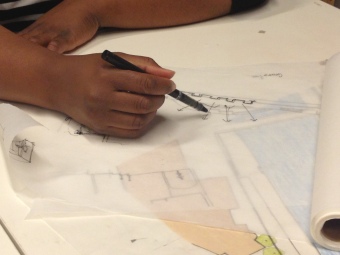 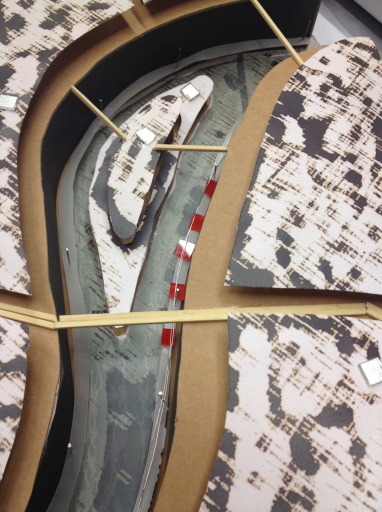 An analytic model of the existing site 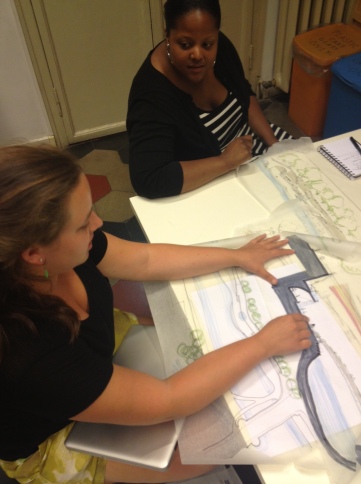 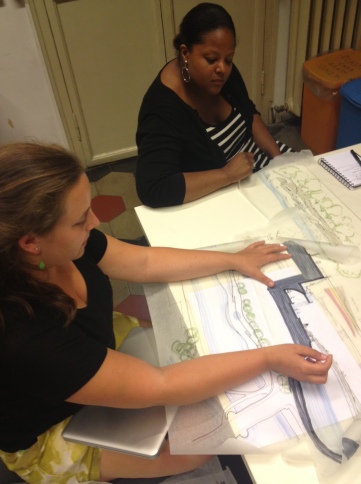 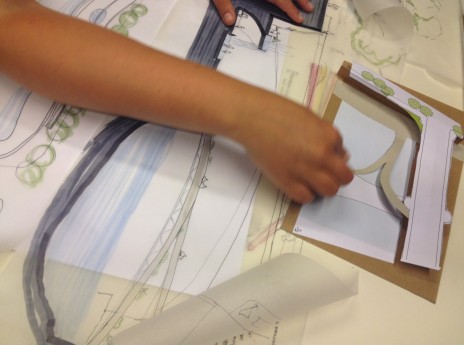 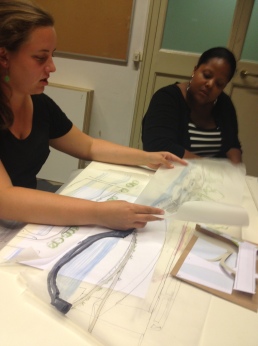 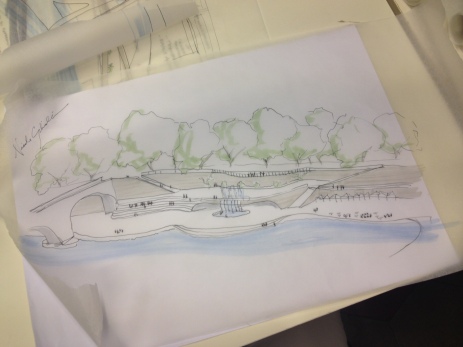 …and she drew a helpful perspective of the new design. 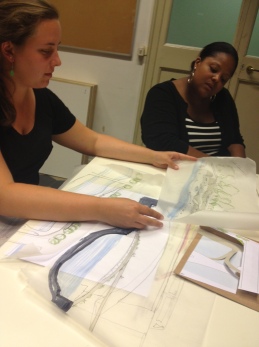 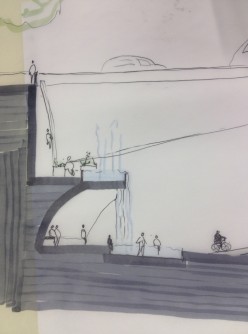 A detail of Nicki’s site section 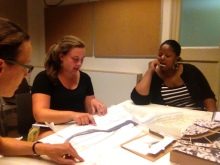 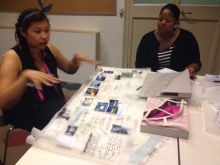 Miranda explaining the research, precedents, and conceptual underpinning of her design. 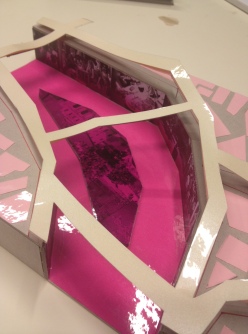 Miranda’s model of the existing site 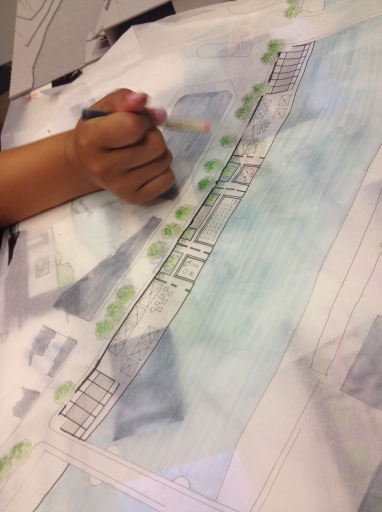 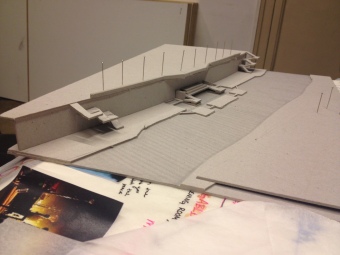 The model of Miranda’s proposed design 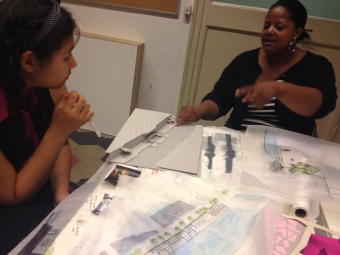 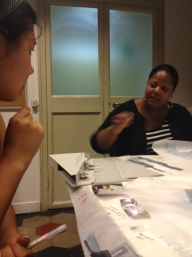 …and Lauren, and Shannon. 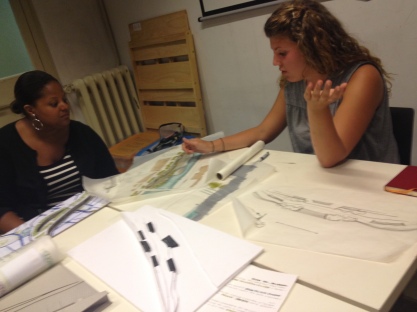 Laurel presented her ideas, too. 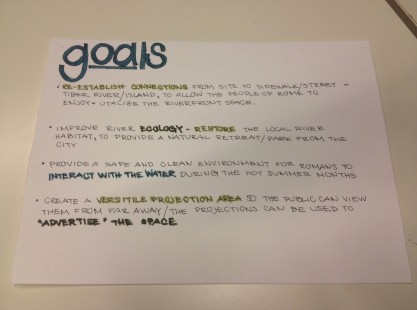 …helped her generate a new design… 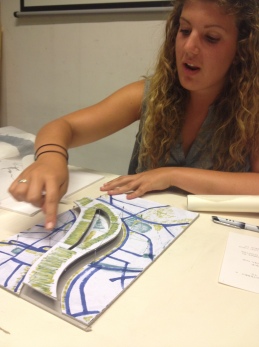 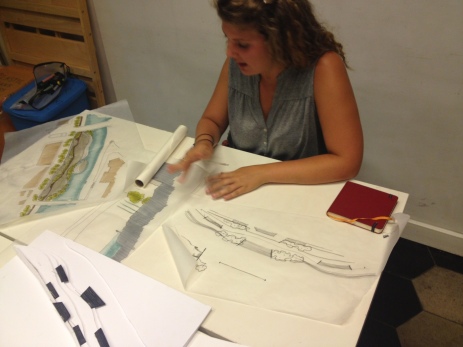