Hoping to learn a bit of Irish history today, Aongus and I hiked over to Dublin’s Collins Barracks after brunch. A former military station, Collins Barracks is now used as a museum with decorative arts, WWI and II memorabilia, and even a gun-running ship that was pulled up from the sea floor. It’s also where Aongus did his service in the Irish military once upon a time.

To our dismay (and that of five other groups of visitors who arrived at 1 PM) the museum at Collins Barracks opens only 2-5 pm on Sundays. We left disappointed and took the back way out of the Barracks, exiting at Arbor Hill Prison.

Finding the Arbor Hill cemetery, next to the prison, open, we decided to venture in. There, we discovered tomb stones of British soldier and their families who served as occupying forces during the 1800s.

We also found a memorial to the Irish who lost their lives in the 1916 uprising. The leaders of the Rising were executed in Kilmainham Gaol, across the Liffey river, and then buried in a mass grave here.

Following 1916 the Irish continued to struggle against colonial rule, and they gained independence from British in 1922. Later this memorial was built to memorialize their effort. The monument includes the text of the 1916 Proclamation, in Irish on the left and English on the right.

Today this memorial park was full of dogs, and dog lovers, from the adjacent Stoneybatter neighborhood. Upon exiting the cemetery on the northern side and into the neighborhood, we discovered a well-preserved WWII tank kept up by a citizen group and had a bit of fun.

But after a busy week filled with cold, wet weather, we’d had our fill of exploring. We turned to head for home.

We’d driven from work on Friday straight down to Bunclody for RoboSlam workshops and not returned to Dublin until late Saturday night. All this activity caught up with us on Sunday, but the comfort of a warm blanket and a hot tea helped us recuperate for the coming week. 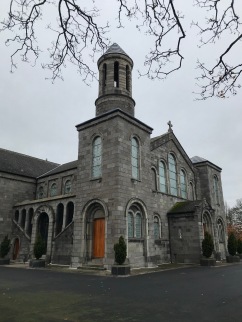 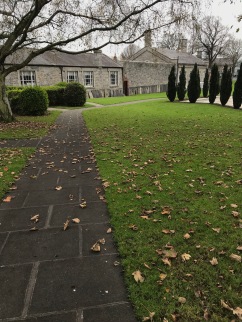 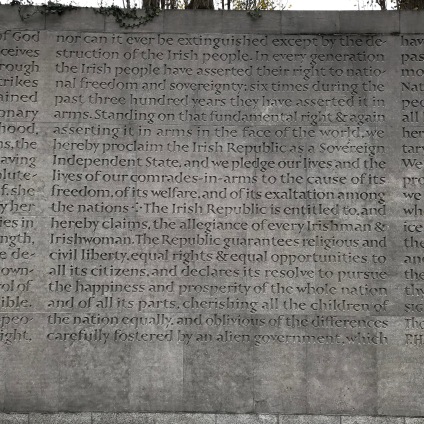 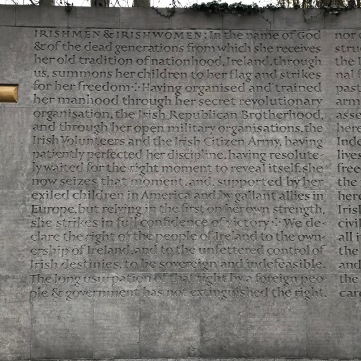 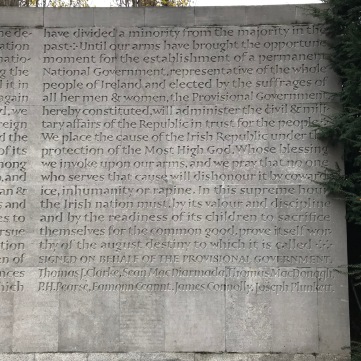 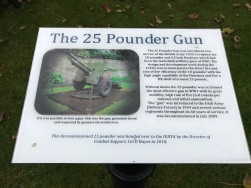